Judge a Book by Its Cover

The old saying goes: “Don’t judge a book by its cover.” I recently did just that. I saw a book with a beautiful blue cover and three of my favorite things: a cat, a stack of tarot cards, and some photos. And the author was Italian! How could I resist? I bought the book without opening it—and soon I fell in love with the story.

I’m a rebel, and I like to push the boundaries. Maybe that’s because I grew up in Italy in the early 1970s, when the nation was exploding in turmoil, with strikes, violence, and revolution. Or maybe it was because I was an artist in a well-to-do, traditional Italian family, where artistic children were considered worse than the plague. Going against the grain has always been natural for me, and I’ve found that it has its advantages.

The importance of broadening your horizons

Rather than follow my artistic leanings, I was forced to study ancient Greek and Latin in high school. This turned out to be for the best, because I learned what it meant to be a humanist—a lover of all sorts of people, one who feels deeply about inequality and the ills that divide us. From there I was able to expand my horizons in unconventional directions.

All cultures have proverbs that get passed down from generation to generation. Many of these proverbs contain wisdom, but many contain old ideas, stuck in old ways, old places, and old beliefs.

An old Italian proverb—moglie e buoi dei paesi tuoi—translates to “Choose and wife and an ox from your own town.” In our new world of travel and globalization, this hardly encourages us to embrace others. Perhaps at one time, it encouraged people to stay close and support their own, but nowadays it sounds downright cruel.

Another Italian proverb is l’abito non fa il monaco, which means “The dress does not make the priest.” Or, translated more loosely, “Don’t judge a book by its cover.”

For years, this proverb lurked in my subconscious, doing its best to drive the choices I made and direct me in ways I didn’t want to go. To me, it meant, Be careful what you buy, be careful what you do. Just because you like what you see, that doesn’t mean . . .

Are we still living in an era where we focus on what something does not mean rather than on what it could mean?

Time to Snap Out of It

My resilience and spirit of survival have kicked in all through my life, reminding me that life-changing choices are all around us, waiting to be taken if only we would seize them. Guided by grit and intuition, I have chosen from left and right, from every direction, mostly judging whatever it is by the cover.

Now the story I fell in love with—a turquoise book about a cat, tarot cards, and photos—sits on its throne atop my current pile of books, waiting to be enjoyed again and again.

And to think it was written by an Italian!

Italian writer Barbara Fiorio has a background in classical studies and believes in swans. She is passionate about authentic, classic fairytales, dislikes political correctness, and will always be skeptical of life coaches, unless they like the Muppets (like me!). Her latest book, Vittoria, has a gorgeous cover. The protagonist navigates many trials and tribulations before finally surrendering to her own inner strength. Fiorio’s tools? Spontaneity, irony, vulnerability—and her cat. Her novel is not translated into English, yet. Soon? 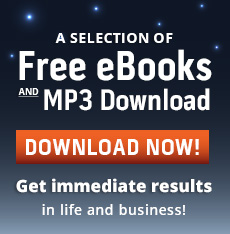